Back home, before we left for the trip, sweet Stacey Prinzing gave us a gift membership to the Maryland Science Center. Super nice, right? But what’s more is that she knew the membership would get us into LOTS of museums and other Science Centers around the country!! As Joe was planning our route, he was really excited about taking the boys to the U.S. Rocket and Space Center in Huntsville.

On Tuesday morning, we woke up at Space Camp, checked out, and headed across the street to park at the museum. It. Was. Awesome. I’m sad that the pictures can’t capture the sheer enormity of everything, but we were all just amazed! There was lots to see and read, but also many fun activities for the kids. 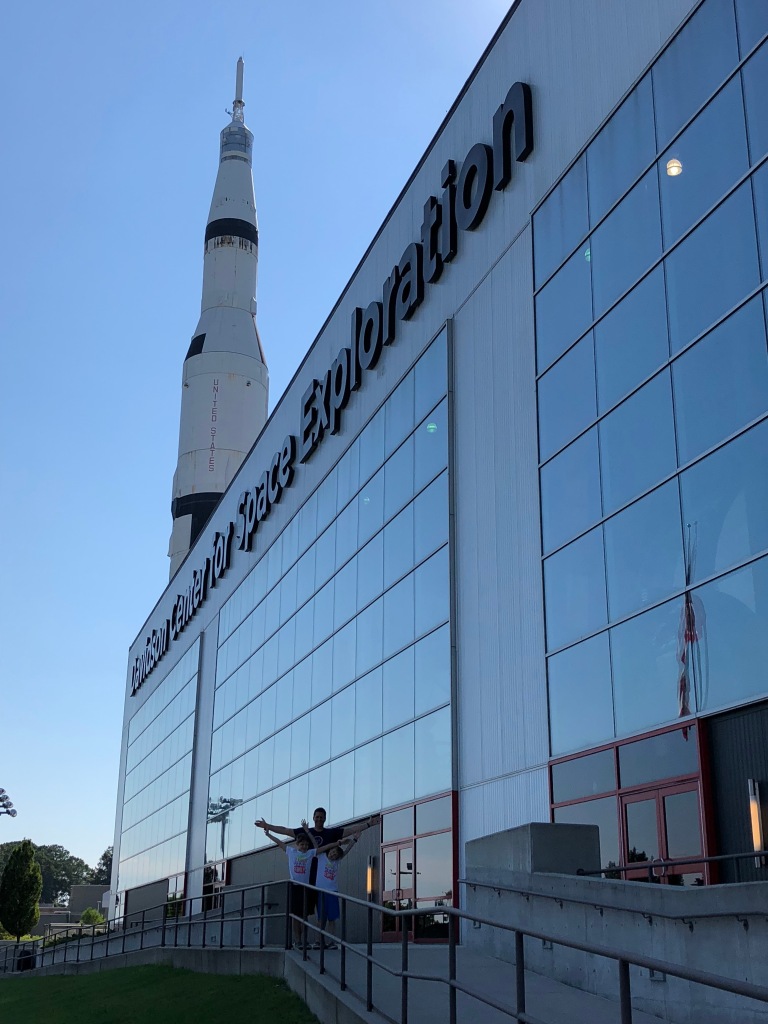 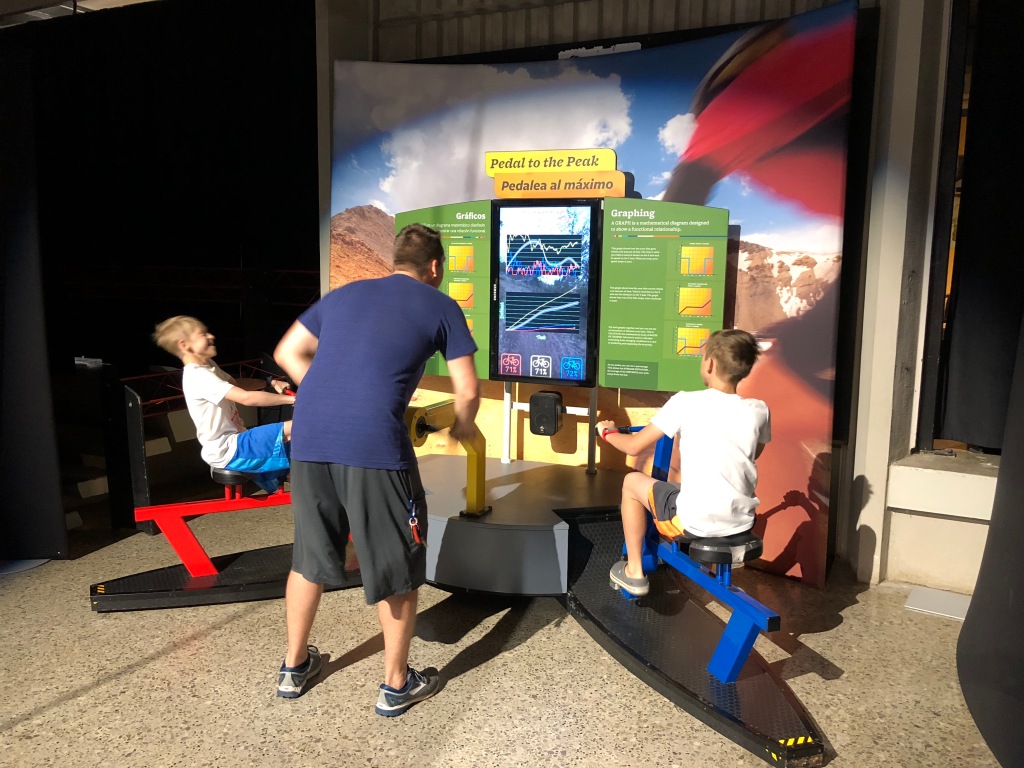 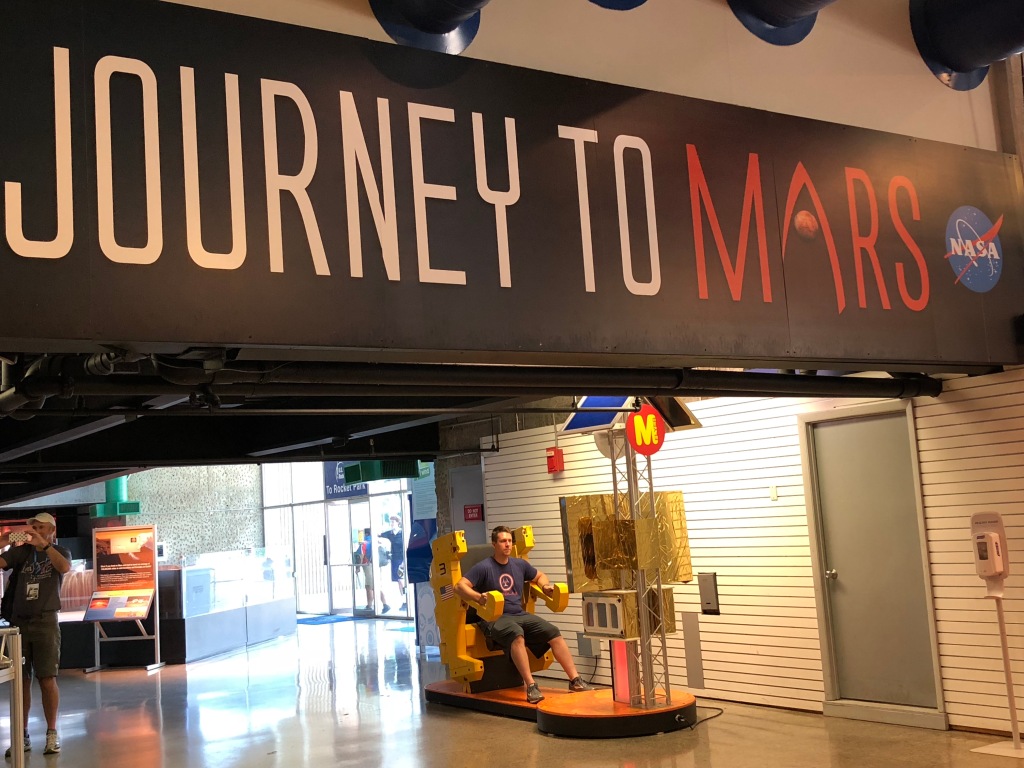 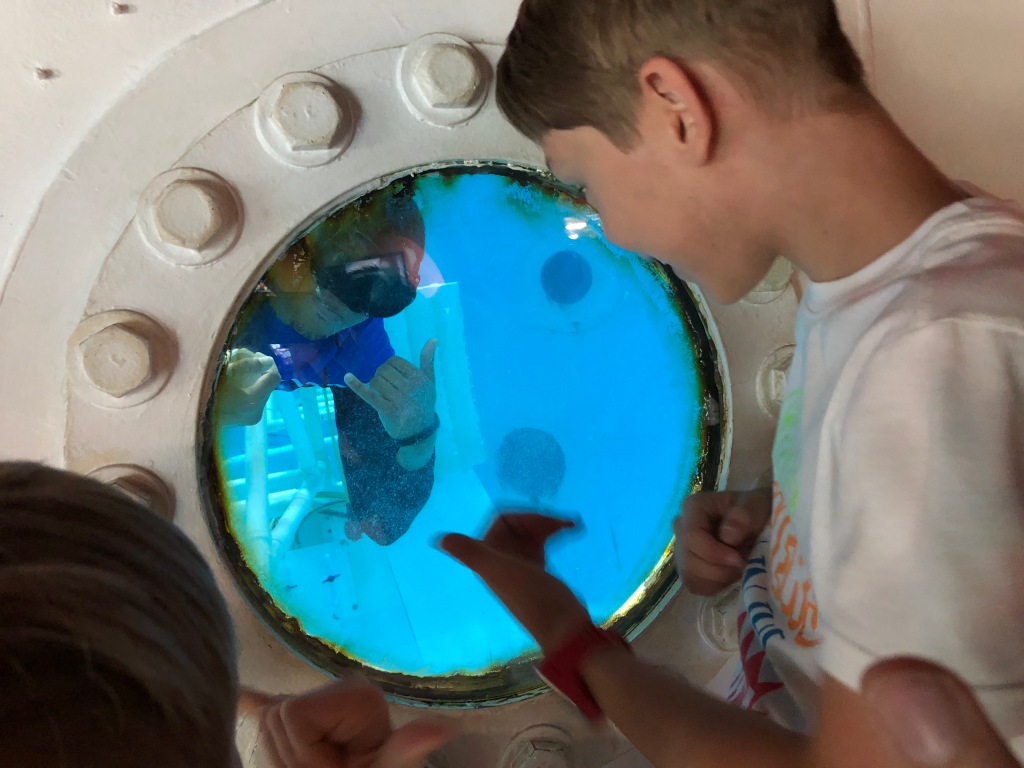 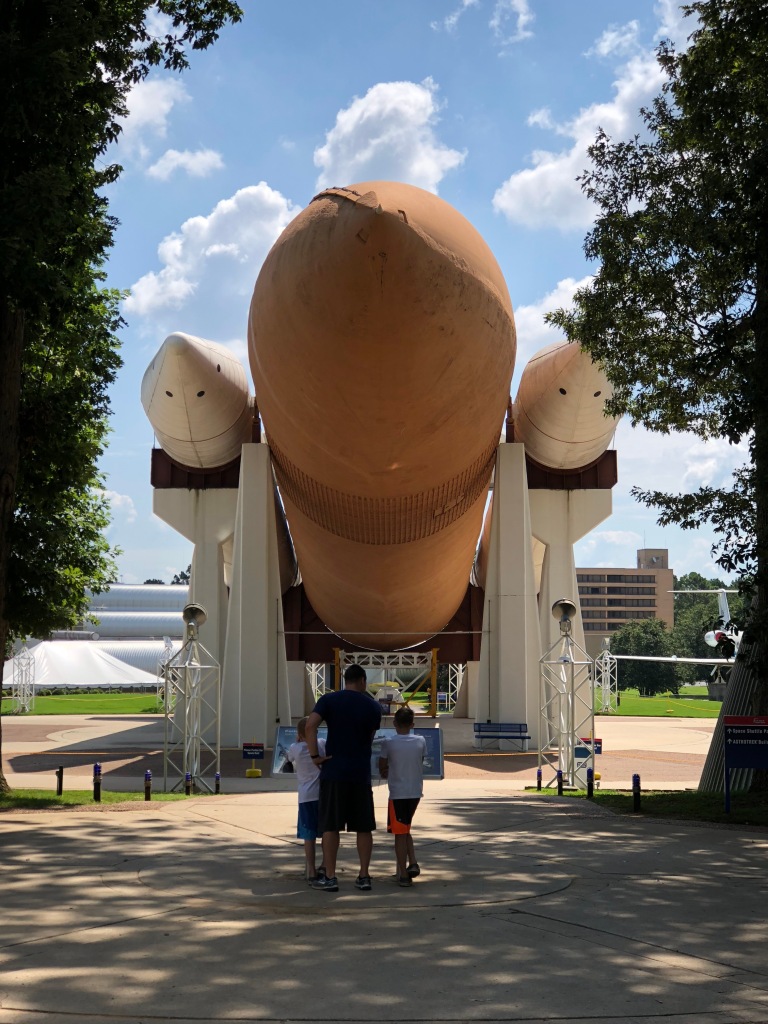 Big shout out to “Huey” – the helicopter that my grandfather, William G. White, Lt. Col., U.S. Army, Retired, piloted! In the 70’s, he was stationed in Vietnam and later, worked  with Bell Helicopter in Iran. ❤

We spent several hours there at the museum and then got back on the road to drive south into Mississippi. We took this picture inside their Welcome Center. It was delightful and we met more dear employees. 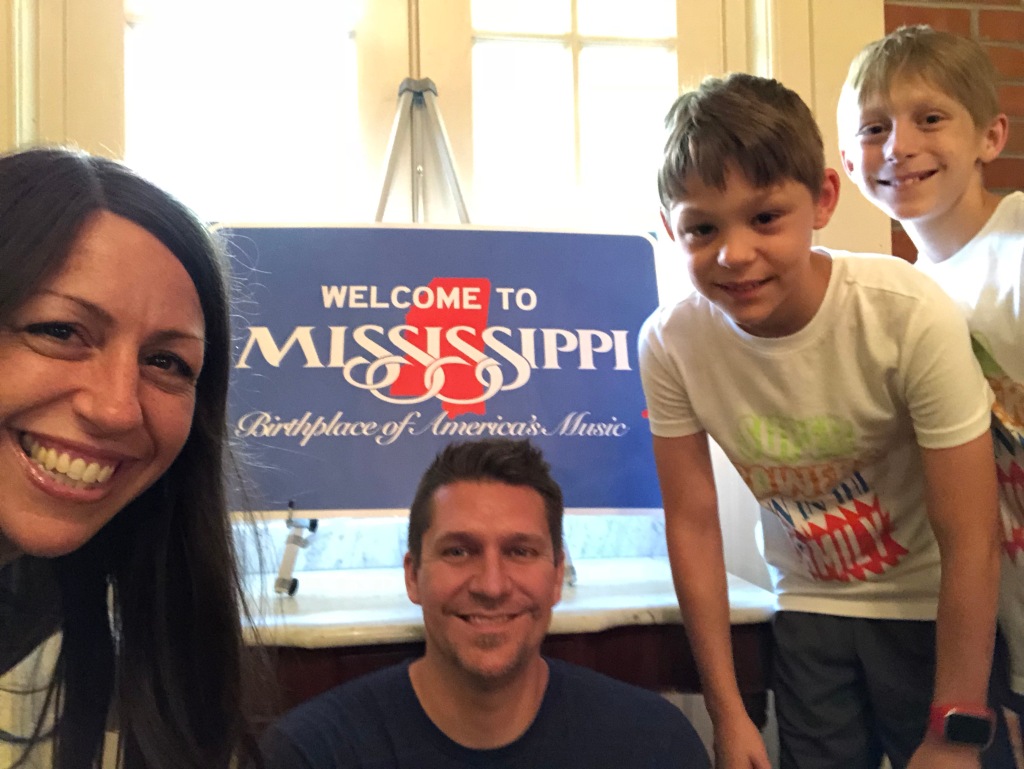 After walking around a little, we were getting ready to leave and realized they had free wifi! So we decided to stay and work on the blog before getting back on the road. It was the “Come Together” post…with all its drama and pictures. I worked on it for almost an hour while the boys read books and watched the weather channel. There was a big thunderstorm happening outside! And just before I was ready to publish, the power went out!!!! Hahahaha! By the time it came back on, the Welcome Center was getting ready to close! 😦 That’s why we are backed up on the blog, but we hope to catch you up soon. SO MUCH has happened since then!

Originally, we were hoping to keep it to only 4 or 5 hours of driving per day. But now we had some time to make up, after Eleanor’s spa treatment in Tennessee. We thought we may try to find somewhere to stay in Mississippi overnight and then continue onto the real goal in Louisiana to stay with my cousin, Joey, for a few days. “Let’s keep going and see how we feel,” Joe said. Everything was going fine, the boys were doing great on the long drive, and I had lots of iced coffee on hand for Joe.

However, remember how everything takes longer with Eleanor? The night wore on and we realized we were going to arrive SO late at Joey’s. We just didn’t want to put the boys through that again. But we were also really behind schedule for our trip! There was no way we were going to miss the chance to take the boys to New Orleans…and we were actually passing right by it on the way to Joey’s in Houma, LA.

After texting back and forth with my cousin several times, we decided to adjust the plan and stop off in the French Quarter for the night. This way, we could take the boys to some sites the next morning and then meet Joey at his house in the afternoon. At the time, it was going to save us over two hours of driving. It wasn’t until we were coming over the BIG bridge on 10 South to the French Quarter that we realized… Eleanor had NO BRAKES!!!!!!

|”The heavens declare the glory of God; the skies proclaim the work of his hands.” – Psalm 19:1 |

3 thoughts on ““Across The Universe””